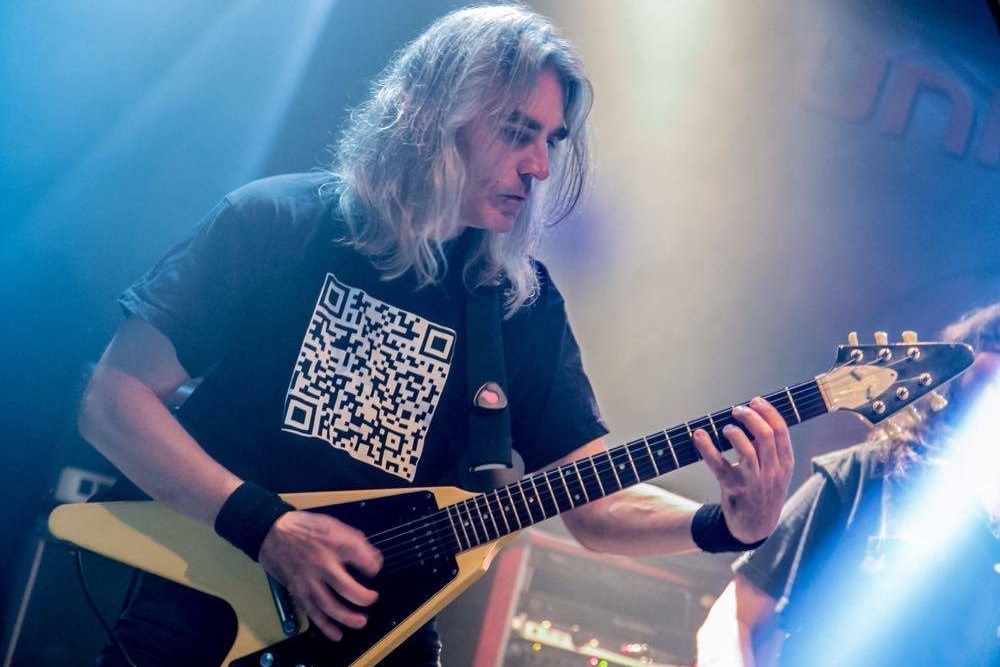 “The last foot is dangerous” (W. C. Fields, falling freely in an elevator)

Tommy Schwartz´s first musical influences were The Sweet, followed by classic heavy metal bands. He started as a bass player in his late teens and soon also played guitar, which became his main instrument in 2014.

Before UNIVERSE, he used to play in VALID, BODYGUERRA and STAY HUNGRY

Beside his engagement in UNIVERSE, he is a sound engineer. He lives somewhere between Osnabrück, Bielefeld and Essen.

Some facts about TOMMY SCHWARTZ

Residence: Between Osnabrück, Bielefeld and Essen
Zodiac: My planet has none…
Bands before UNIVERSE: Valid, Bodyguerra, Stay Hungry