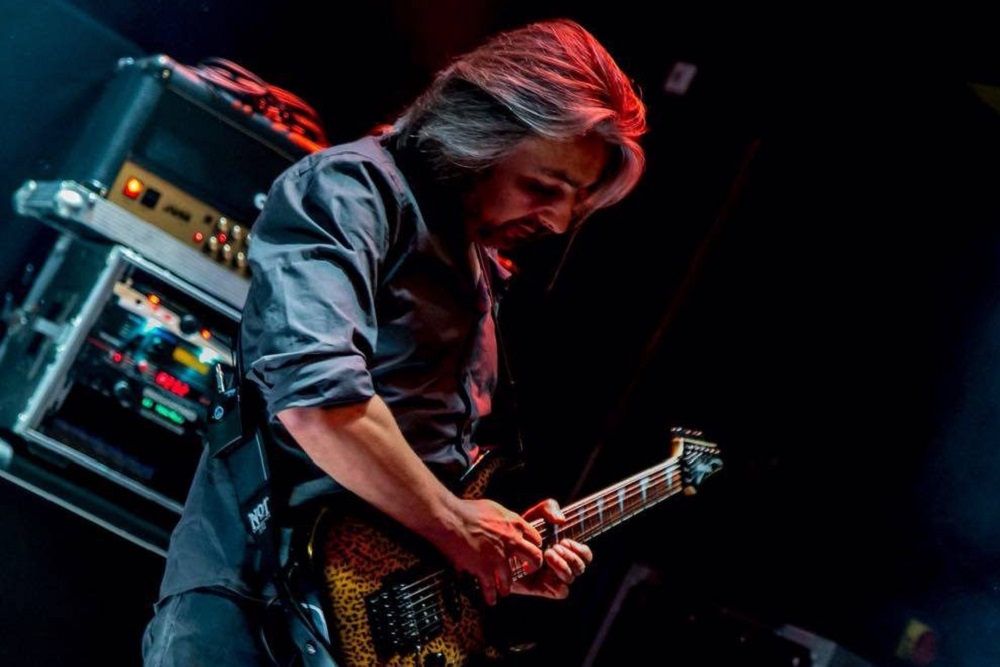 “All the world is a stage. But the play is badly cast.”

Starting to play with 14 years, GEORGE DALLINO was influenced by the big guitarists of the 80s. He was especially impressed by Nuno Bettencourt (“Pornograffity” forced him to improve his practicing efforts and to sell his effect pedals). Besides the heavy stuff, the emotional depth of J. S. Bach and Flamenco music are further important sources of his inspiration.

Before UNIVERSE he used to play in the bands MINDLESS CRIME, TWILIGHT, MANTICORE and JO HARTMANN.

Beside his engagement in UNIVERSE he is a consulting engineer. He lives in Dortmund.

Some facts about GEORGE DALLINO